My New Grad Experience at the ASA/NSAA Joint Conference

The Third Annual Joint Conference of the Association of Surgical Assistants and National Surgical Assistant Association took place on April 1-2 in Las Vegas, Nevada. The conference offered a range of workshops and discussions on emerging trends in the world of surgical assisting, including scientific presentations, multi-station workshops featuring the latest in surgical techniques, and legislative round tables on current issues and events.

As a recent graduate of Meridian Institute of Surgical Assisting, I was looking forward to taking advantage of all the advanced learning opportunities that the conference had to offer. The speakers, who covered a multitude of specialties, were extremely engaging, and I certainly left with a better understanding of procedures that I do regularly. However, the insight and experience that I gained from the pre-conference hands-on workshops, were much more than I expected.

The first workshop provided simulated Laparoscopic surgeries to enhance the skills needed in these surgeries. Mel Angelisanti, Surgical Science, created a training program that began with the most basic of skills, such as camera manipulation and increased in difficulty from there. I thought I knew how to drive the camera, after all I’ve been a surgical technologist for 14 years; yet, I came away from that experience with a better understanding of what was needed and how it should be done. 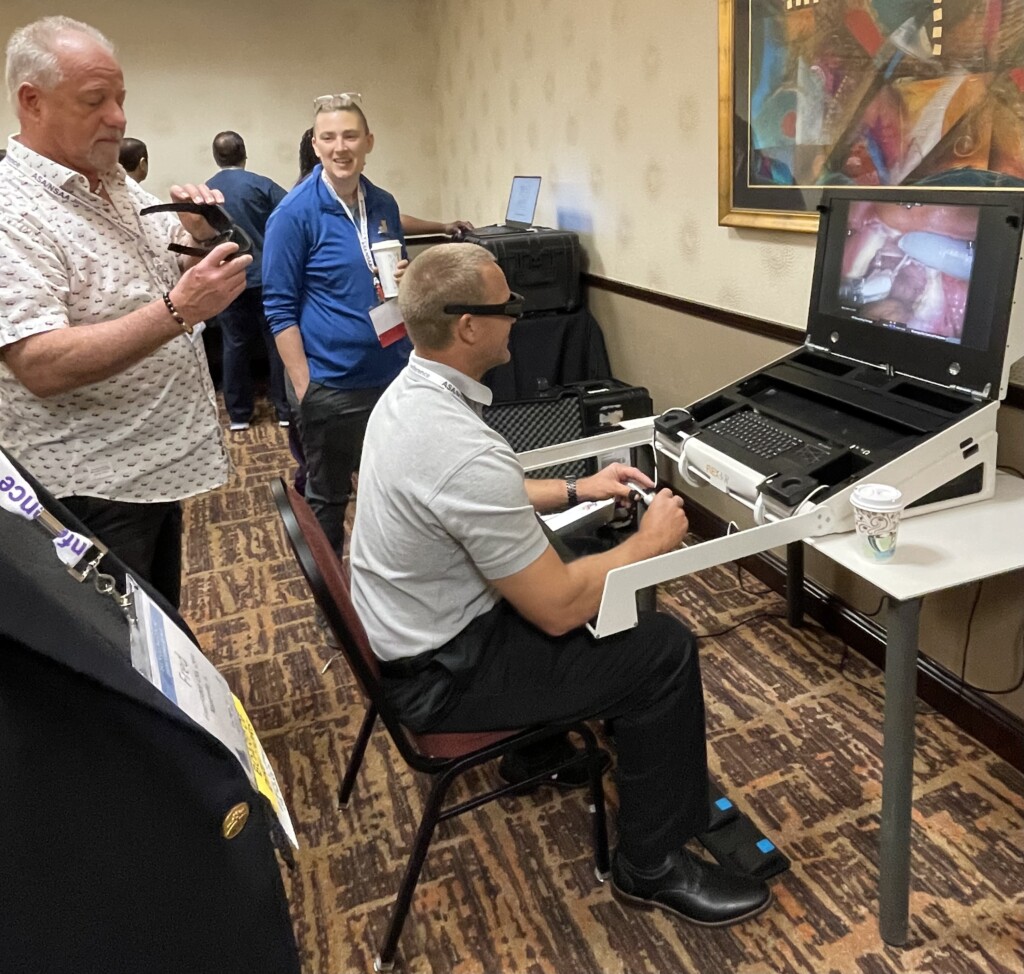 Mel Angelisanti, CSFA, CST, (back) guides attendee through the FlexVR, which simulates the work of the DaVinci robot.

Additionally, Angelisanti guided participants as we practiced on another trainer, the FlexVR, which simulated the work of the DaVinci robot. As a surgical assist, my interaction with the robot is limited to the robot itself. The simulator mimicked the console utilized by the surgeons, and I was able to learn some of the basic skills needed to use the robot.

The second hands-on workshop featured a heart dissection and hand sewing a side-to-side bowel anastomosis. The lecture on the heart anatomy and the subsequent dissection were both very informative and entertaining. I wasn’t entirely sure how I would feel about dissecting a porcine heart, but I was pleased to learn that I wasn’t nearly as squeamish as I thought I would be. Michael Morrison presented the material in a manner that was well suited to a kinesthetic learner. His demonstration of various heart rhythms has permanently lodged them in my brain. I won’t forget what they “look” like in the moment. Each step of the dissection was an exploration. Visual demonstrations of defects such as mitral valve prolapse gave me a better understanding of the anatomical defects and the mechanics of the disease.

The bowel anastamosis portion of the workshop, served as a refresher course for me, as I was taught this skill during my labs at Meridian. Since, I haven’t sewn a Connell stitch since then, it was nice to be able to see and practice it again.

The Annual Joint ASA/NSAA conferences and workshops are something that I highly recommend, and believe that every student should attend, at least once before graduating. The educational opportunities that exist at this conference are incredible, and there is something for everyone. 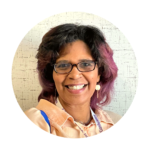 Tracey Houston, CSFA, CST, is a graduate from Meridian Institute of Surgical Assisting and served on both the Transplant and Robotics teams at Tulane Medical Center in New Orleans. While at the University of Texas Medical Branch in Galveston, Houston served on the Robotics and Burn teams, and was an original member of the newly formed Transplant team. She has lived in Reno, NV, for five years and works as a CSFA for Saint Mary’s Health and Atrium Surgical Assisting Services. Houston’s specialties include Transplants, Trauma, Robotics, Vascular/Endovascular, Cardio-Thoracic, Burns, OB/GYN, Urology, Orthopedics, and Neurology.