Surgery in Space: The CST and Their Role in Problem Solving

With an early 2030 launch date planned for mankind’s first mission to Mars, NASA flight surgeons and their teams have been hard at work. With 240 days between liftoff and touchdown, crews onboard are susceptible to all manner of human maladies. From headaches to bone resorption, acute appendicitis to subdural hematoma, almost no illness or affliction can be ruled out as a potentially life-threatening occurrence. The need for immediate surgery could, and probably will, occur at some point. Scientists, engineers, and medical personnel are working daily to mitigate the potential for such an event, while acknowledging the very real possibility of a surgical emergency during long-term space flight.

While wondering if there was a seat at the table for the surgical technology community, we reached out to Dr. Josef Schmid, Flight Surgeon and Orion Team Leader at NASA. “Surgical Technologists are a practical bunch who spend their careers in difficult situations, solving difficult problems,” said Schmid. If you’ve ever had to quickly fashion a custom sized 2×3 mm Teflon pledget on a 7-0 prolene BV-1, then pass it backhand to a left-handed surgeon during cardiac surgery, I’m sure you would agree with Dr. Schmid!

Routine surgery in extreme environments like micro-gravity has been theorized, researched, and tested. Thus far, an open surgical procedure on inflight personnel has not been necessary. However, we cannot depend on that trend to continue if our goal is to send human beings on long-term space missions. The combination of mission duration and the frailty of the human body will inevitably lead to situations where a surgical plan must be executed with skill and efficiency. Such plans are underway, and we believe surgical technologists can help develop them.

According to Dr. Schmid, “There are many obstacles involved with surgery in space, and surgical technologists could be a welcome voice helping us solve problems with performing surgery in this extreme environment.” As a group of professionals with special skills, we must begin to think outside the box if we are to offer meaningful solutions toward this new wave of cosmic exploration.

It’s understood that modern spaceflight is limited by time, weight, power, and money. In fact, it costs between $5,000 – $10, 000 per pound to send supplies, equipment, and astronauts away from the pull of the Earth’s gravity and into orbit. Private businesses like Elon Musk’s SpaceX have lowered some costs through their ingenious use and re-use of rocket engines; however, cost per pound is still among the many compelling issues involved with space travel.

The problems that arise when planning for open surgery in space are many. As mentioned, among the most troublesome is the weight required to perform the mission. Here is where surgical technologists may be able to help solve some problems. Can we figure out a way to perform open surgery with just 5 instruments? Can we help train non-surgical flight personnel to perform complex physical tasks? What about micro-gravity and its effects on hemostasis; does the blood produced at the incision pool, or float away? Does the surgical team need magnetic shoes? (The answer is yes, by the way). Can we count on an earthbound surgeon to perform robotic surgery, allowing for the time lapse between tactile action and the reaction of the robot? These are just some of the issues confronting Dr. Schmid and his team.

Like the teleporter used by the crew of the USS Enterprise (Beam me up, Scotty!) from the sci-fi television series Star Trek, what was once only imagined in the minds of science fiction writers is now closer to reality. Researchers in quantum physics have successfully teleported the quantum state of an atom across a void in space. Can the expected scientific advances of the next few decades allow for more than just a few atoms? Don’t bet against it. Our brilliant history of scientific advances tells us this once far-fetched idea is now entirely possible. After all, your grandparents could not have envisioned the cell phone or the self-driving car. Science fiction, indeed.

Manned missions to the Red Planet are now closer to reality than ever before. Advances in rocket science and natural resource usage techniques has brought us closer to realizing what was once only a dream.

Scientists, physicians, and even television producers are busy conjuring up scenarios where health care personnel could become astronauts. Will you be one of the lucky ones offered a spot? How about one of your students? Talk about a recruitment tool for your program!

What opportunities may surgical technologists be offered in the not-so-distant future? We say the sky is truly the limit.

Stay tuned for Part II in our series on Surgery in Space, when we’ll have more from our interview with NASA flight surgeon Dr. Josef Schmid. 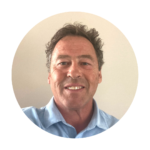 Chris Ahearn, AAS, CST, served in the United States Air Force from 1978-1982 where he received his CST training. Ahearn worked for more than 30 years at the Level I Trauma Center -Stony Brook University Hospital on Long Island as a CST, clinical educator, ST program instructor, and finally, as program director at Suffolk County Community College, which received its initial accreditation in 2021. Ahearn serves as chair of the ARC/STSA’s Editorial Advisory Board where he is an active contributor.

Josef F. Schmid III, MD, MPH, is a NASA flight surgeon and retired United States Air Force Reserve Major General, and in 2021 was one of the first humans to be holoported off Earth and into space, visiting the International Space Station by telepresence. Read more of Dr. Schmid’s biography here.