In Memory of Karen Ludwig

In Memory of Karen Ludwig 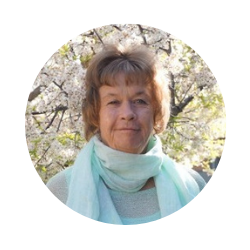 It is with a profound sense of loss that ARC/STSA says goodbye to Karen Ludwig, BA, a beloved member of the surgical education community, who passed away on February 11, 2021.

Ludwig was born on October 24, 1945, near Chicago and received her bachelor’s degree in English from the University of Colorado. She worked at AST for more than 20 years in various capacities, primarily serving during that tenure as director of publications.

Ludwig most recently served as the executive director of the Association of Surgical Assistants (ASA), a role she held since ASA’s inception in 2010. Under Ludwig’s leadership, the partnership between ASA and ARC/STSA further solidified into one of common goals and mutual respect. ARC/STSA proudly worked side by side with ASA on major initiatives in education and the profession. This partnership resulted in the revision of the “Core Curriculum for Surgical Assisting, Fourth Edition,” as well as the current “CAAHEP Standards and Guidelines for the Accreditation of Education Programs in Surgical Assisting.”

This cooperation continues today, in large part due to the leadership Ludwig provided early in the relationship between the two organizations. Her legacy will continue, with a solid sense of cooperation between the ASA and ARC/STSA.

“Karen was a kind and caring person and always had a positive word to say about all those around her,” ARC/STSA Executive Director Ron Kruzel said. “Her sense of calm and presence helped to navigate the most difficult of subjects and voracious of debates. She was a friend to surgical assisting professionals everywhere, as well as the ARC/STSA.”

These sentiments are shared wholeheartedly by ASA President Greg Salmon, who offered the following reflection:

“Karen began her career at AST 21 years ago. She was an extraordinary person, both personally and professionally, making all those she encountered feel important. She was always willing to hear the views of others, even if their views were at odds with hers. She was an ‘outside the box’ thinker, always trying to find a different way to represent the surgical assisting community and help it gain further recognition. During her tenure with ASA, Karen helped build an amazing organization by reaching out to other professional organizations and earning their respect and recognition. Karen had a contact for anything needed; and if she happened not to, she would have one within days.

“She worked and fought hard for a profession she truly enjoyed serving, helping it overcome numerous challenges. Karen was instrumental in gaining recognition of surgical assistants by changing the Bureau of Labor job code, separating surgical assistants from surgical technologists, gaining progress in legislative efforts and finding the best lobbyist, and running the day-to-day operations of the organization.

“Karen will truly be missed and the shoes she leaves behind will never be filled, as we can only hope to strive toward that end.”

Ludwig is survived by her husband, David Ludwig; her daughter, Kristin Ludwig; her grandson, Nolan; and her sister, Kathy Smith.